All About the Tagine – Our Place - US
Skip to main content

All About the Tagine

Our newest Traditionware® was custom-designed for the Always Pan and handcrafted for relaxed, slow cooking and long, comforting meals with chosen family and friends. To explain just how the Our Place Tagine came to life, we sat down with Sr. Product Development Manager Steph Hong, who discussed the intricacies of the classic Moroccan earthenware, how ours were made, and why it was so important to work with traditional artisans in Morocco.

Then, as an extra-special treat, we met up with content creator and visual storyteller Nasim Lahbichi, who shared with us his recipe for an earthy, decadent Moroccan Summer Veggie Tagine.

But first up, Our Place's Sr. Product Development Manager Steph Hong answers all the tagine questions we have:

What was the process like for producing our tagine?

Each tagine is hand poured into the mold. Once it's set and removed, a knob is then hand thrown onto the lid, and the lid is hand finished, measured, and tested onto our cookware (so it rests securely on top of our Always Pan and can allow for the lid to retain steam while cooking). The tagine is then bisque fired and hand glazed with its base color. After that, the accent colors are intricately hand painted and the logo is applied before an additional firing. All in all, each tagine takes at least 8 – 9 days to make.

Can you share more about the shape of the tagine and how that affects its functionality and the way it's used?

What makes a tagine unique is its tall, conical lid which allows steam to circulate during cooking. This causes condensation to drip down sides and back onto the food — a self-basting and flavor-enhancing cycle. Historically, this was ingenious for nomads living in the desert, where water was scarce. And the tagine's shallow base (which dually functions for both cooking and serving food) made them space-saving too. The cooking process is great for making healthy, delicious food as it is boiled or steamed instead of being fried.

Why did we decide to make our tagine in Morocco?

It meant so much for us to partner with these artisans in their own workshops! Making something so culturally rooted in its country of origin (Morocco) allowed us to experience the art of their handicraft and traditional tagine cooking, all while helping to train apprentices.

Any tips, tricks, or advice for someone who is new to using the tagine?

Avoid interrupting the cooking by frequently lifting the lid to check on the food — this is super important as you want to keep as much condensation as possible in your tagine during the cooking process. You can also customize the consistency of your tagine to your liking by using our integrated steam release function. This option to regulate and control the steam was part of our consultant feedback as some people like their tagines long (runny) while others like them short (thick)

Can you speak to some key pieces of the Our Place tagine? What's special about our tagine in particular?

Not only is our tagine handmade in Morocco and designed in partnership with master artisans and ceramicists, but it's also compatible with both our Cast Iron and original Nonstick Always Pans. The durable, fully glazed clay requires no pre-seasoning and is dishwasher safe, and it can withstand up to 500°F (260°C) for oven usage. Our tagine also uses a lead- and cadmium-free glaze (whereas some traditional tagines that are super decorative, colorful, and bright may include pigments that aren't FDA-compliant). The integrated steam release function/utensil slot regulates and controls the condensation for both long (runny) and short (thick) tagines.

And now, let's get cooking with Nasim!

For nourishment and joy, shop the Our Place Tagine. 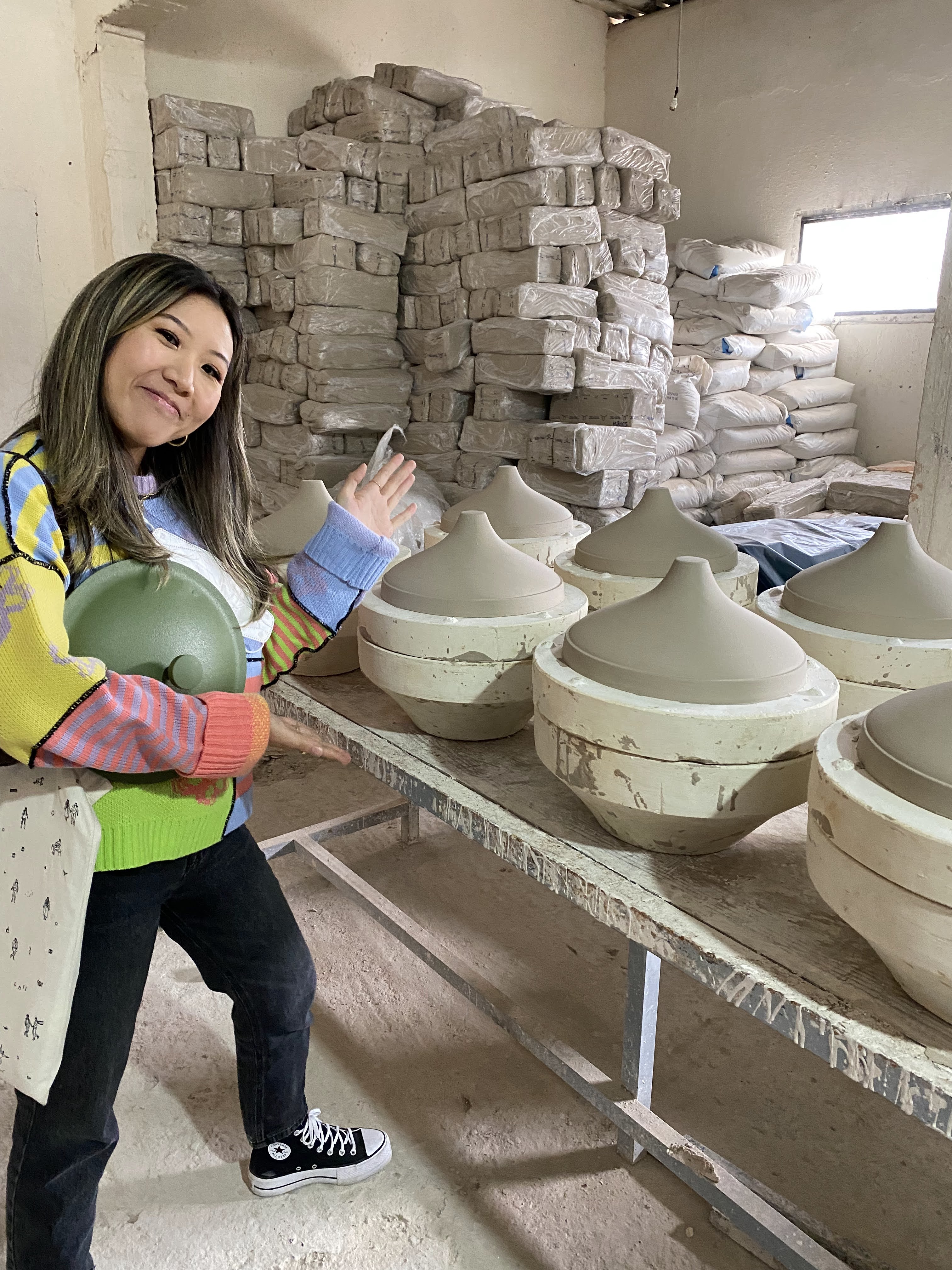 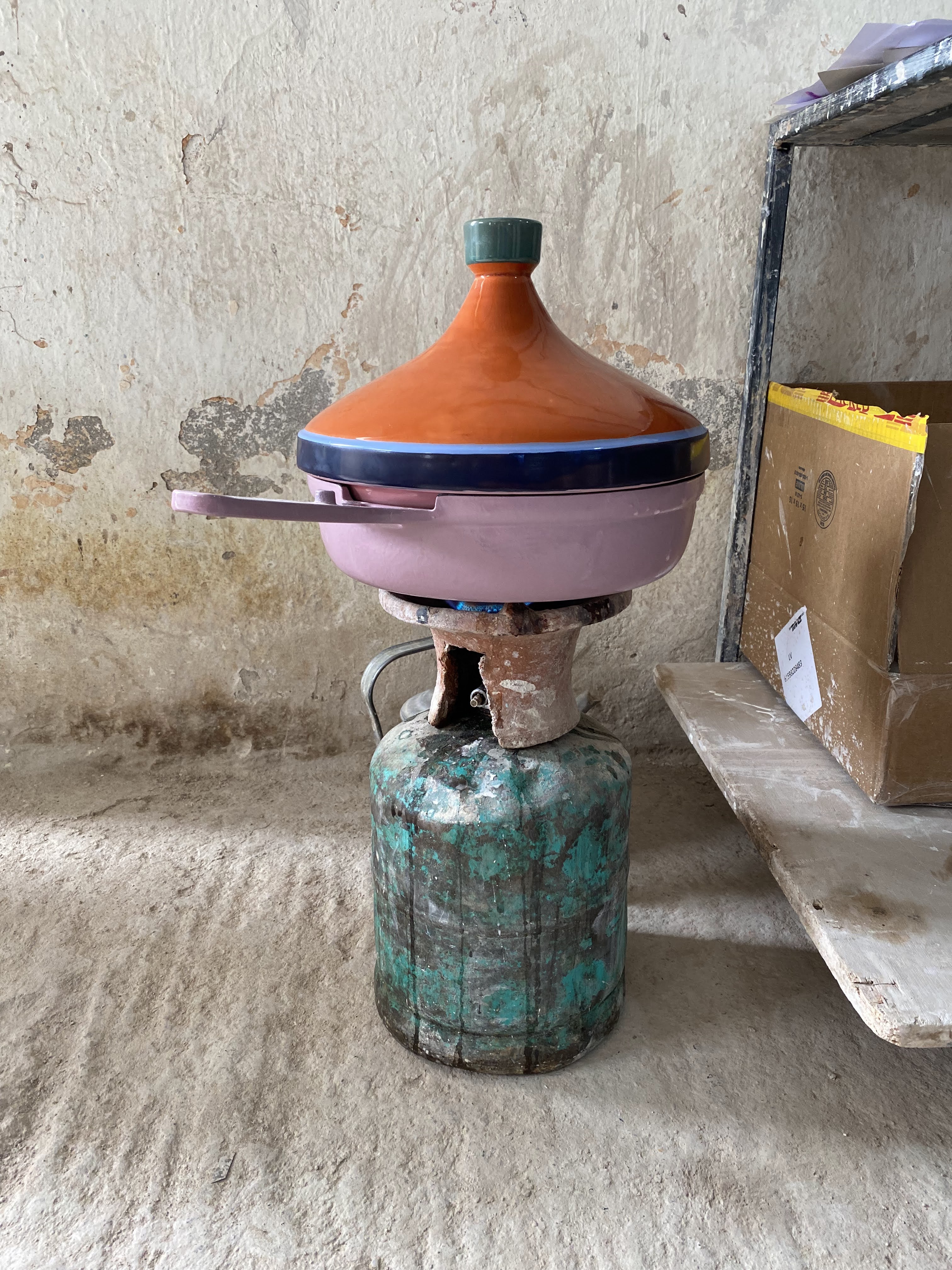 We Saved You a Seat

From Our Place
to Yours

Where are we shipping to?

Purchasing from your country’s website is the best way to get our products.